It has been a busy week in this household. Let me tell you what’s been up…

Little Man is growing and developing mentally and physically like crazy. He now crawls, stands while holding things, stands without holding things (if he’s distracted by a puppy and has no clue he’s standing), and feeds himself finger foods. 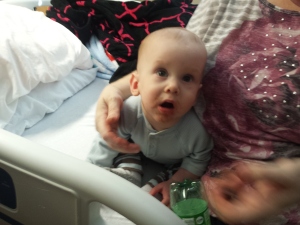 His grandma gave him all sorts of food when we visited her after her double knee replacement surgery! 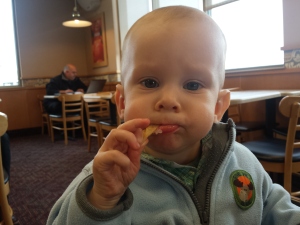 He loves every kind of food! That’s a french fry by the way… 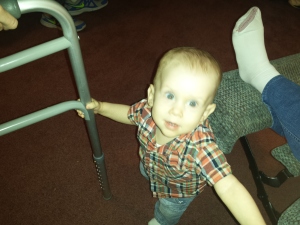 He used his grandma’s walker to stand…he used it like all evening. 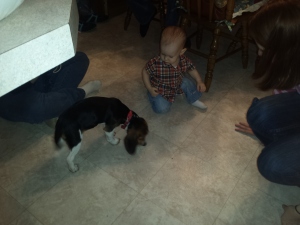 I got a new phone!!! My iPhone 4 (yes, just a 4 no S or G) was two years old and slow as all hell, so when my upgrade rolled around we jumped on it like…like…something that jumps on other things. I am now the proud owner of a Samsung Galaxy S4, it’s HUGE compared to my iPhone 4 but it’s great! I’m about to be planning things like crazy. We’ll be having a home photo shoot for our first ever Christmas card, I have to photoshop the picture we choose (hopefully not, but I have an 8 month old so anything could happen), gather addresses of family and friends, and make and order the Christmas cards. While I’m waiting for their arrival, I need to plan out Little Man’s Disneybound December (details in a future post), start planning Little Man’s first birthday party more (we have a menu, venue, and date! YAY!), and I’m sure there is more that I’m forgetting. My 24th birthday falls in late January, but I am not planning anything for that. On top of all the planning I’ll be doing, I have an adult Christmas party with my husband, a family Christmas party, and two family Christmas dinners (at least) to attend. The holiday season (especially Christmas) has been the busiest time for my husband and I the last two years and I expect this year to be no different…well, except for the amount of presents we’ll be bringing home now that we have a spoiled son (he’s the first grandchild on both sides…kinda). 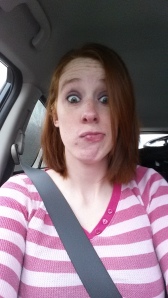 This is probably what I’ll look like until March…minus the hair and the makeup being done.

This post is a LOT longer than I had hoped, oh well, you’ll live. OH! Anyone have any ideas of food to serve at a How To Train Your Dragon themed birthday party? We thought of spicy foods, but there will be children in attendance so that idea is out the window. Let me know! See you back here later!